Would you work for a robot? 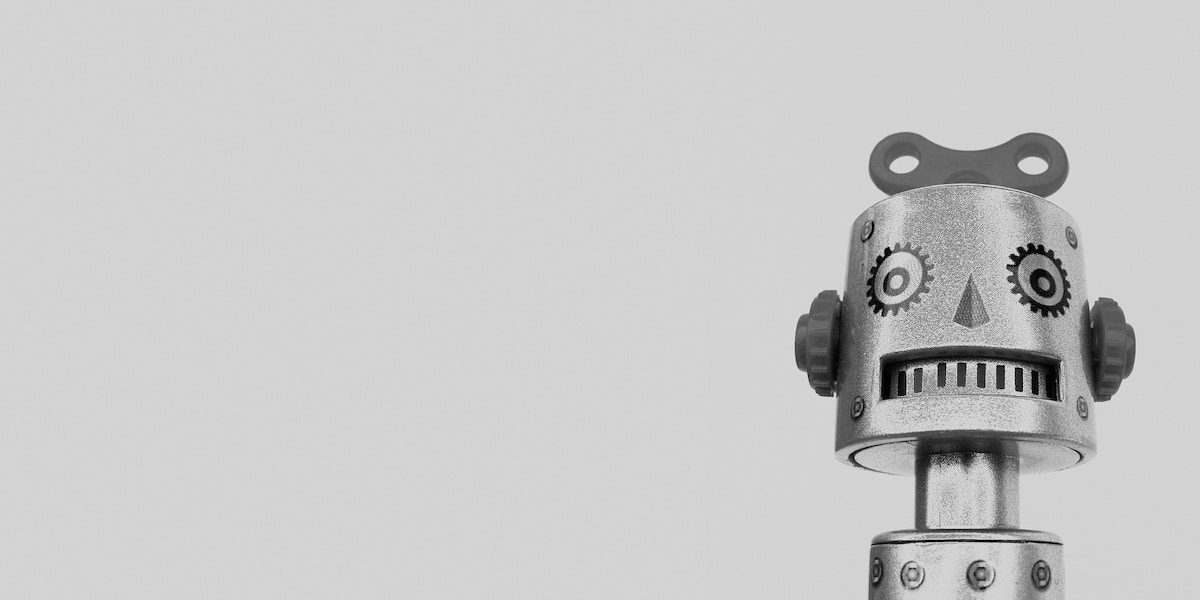 How would you feel if your manager was a robot? One Canadian company has taken a step in that direction, by doing away with its HR department and having personnel management carried out by computer instead. Elsewhere, ‘adapt or die’ is the rather stark analysis in a BBC article about the rise of automation and how to cope when ‘the bots take your job’.

Perhaps the idea that line management can be carried out by robots is too fanciful for now. However, it has been reported before that people working in retail, customer service and warehouses are among those most likely to be displaced by technology.

I’d take that a step further and say that all jobs that are on some level routine are likely to be automated, resulting in the death of traditional careers. Travel agents, data-analysts, and paralegals are in the firing line. In the near future, doctors, taxi drivers and, ironically, even computer programmers are poised to be replaced by ‘robots’. Without a radical reassessment of the future of our workforce, we could end up with terrifying social implications.

Whether you believe the dire predictions about how many ‘human’ roles will become obsolete, the fact of the matter is intelligent robots will be used by new enterprises rather than people because the financial returns are likely to be so much greater, with no recruitment difficulties, wage demands, overtime claims, strikes or sickness absence to take care of.

The answer might be a shift of emphasis by prioritising skills in sectors that are difficult to automate and impossible to relocate abroad. Face-to-face care in education, medicine and for the elderly spring to mind. But construction is another sector with ambitious targets around energy efficient and low carbon homes. It would be difficult to automate these jobs.

So much is changing in our professional and personal lives that it makes sense for all of us to be prepared for a different type of life in years to come. But where to start? How can any of us be ready for a future that we have no way of really anticipating or understanding until it’s too late?

The key is in building confidence, flexibility and resilience. True, we can’t predict the future; but we can prepare for it. This is where coaching can come in. It’s not telling people what they need to do and it’s not therapy either, although I’ve worked with many clients where there’s definitely been a therapeutic effect!

What an effective coach does is provide the support and challenge for someone to clarify - for themselves - a vision of where they want to be in life and how to get there. The outcome of that might simply be to provide you with the energy and drive to pursue a goal you already have in mind. At other times it could be identifying the right hurdles to overcome and how to successfully do that.

In either case, the coaching experience has a greater value than simply progress towards a defined objective. It creates a different way of thinking and of viewing the world, equipping people with a mental and emotional ‘toolkit’ that they can use to solve all sorts of problems in the future, whether personal or professional.

The robots may be coming and if they are, we can all be ready for them!